Best Appam recipe | Appam batter recipe | 100 % Best Kerala Appam - “Kerala Special Appam” is ultra-popular. The recipe has travelled beyond Kerala and reached all the other South Indian states. And each one evolved its own style. And so is this Appam recipe, it is my own. The best Appam has crisp edges and soft, fluffy insides. If an Appam is placed on a plate, it should curl like a basket. To achieve that kind of an Appam, here are a few small tricks and tips.

Usually, Appam comes out crunchy if made in cast iron pans. In case you do not have such a pan, you can get a non-stick Appam pan from a shop that sells steel items. On a non-stick pan, Appams come out quickly without sticking to the pan. But in this recipe, I have used non-stick and hard anodised seasoning pan. I could get a perfect basket-like Appam in hard anodised pan too.

Appam can make in different ways. Some add rice starch to the batter. Some add yeast. I have seen that it made with country arrack(toddy) in Kerala. The taste depends on the ingredients, how the batter is fermented and the weather at each place.

There are detailed tips on every step of the recipe here, right from fermenting to roasting. Appam tastes excellent when accompanied by thin Coconut Milk or spicy Kurma or Vegetable Stew. 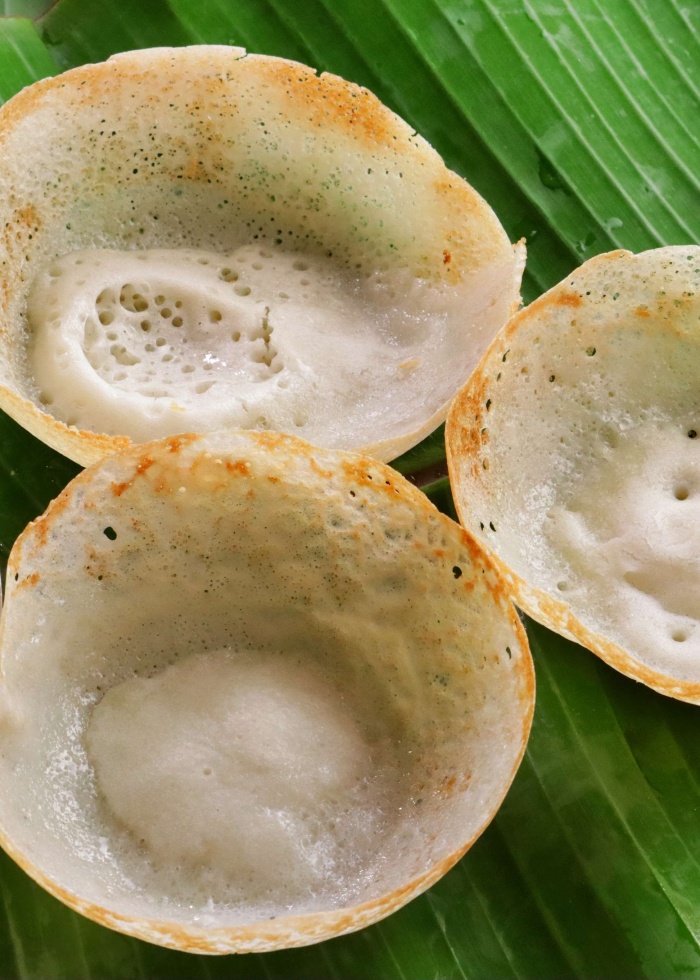 Tips to help the batter ferment:

How to roast an Appam?: 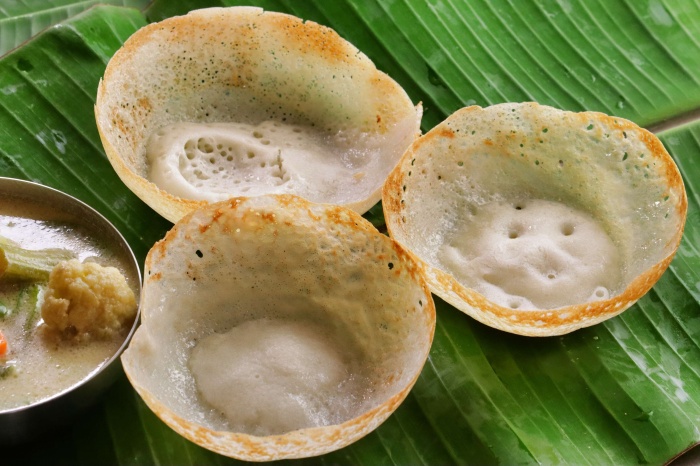 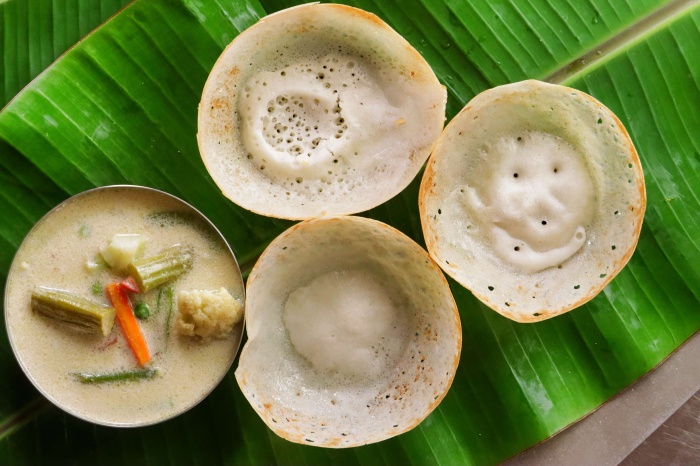