Biryani is an evergreen favourite for the world. But in a Biryani, taste, smell, appearance, everything changes with the region. This recipe was born in Andhra. Actually, they add Ajinomoto and Chilli Sauce to this recipe in Andhra, but I did not. They do not use Curry Leaves in Biryani. But what is a Telugu recipe without Curry leaves? So I added them.

Even bachelors can easily make this recipe if they just follow the steps. There is no issue in the recipe formula regarding the proper cooking of Chicken. If you add water in the right measure to the rice, perfect Biryani is ready. 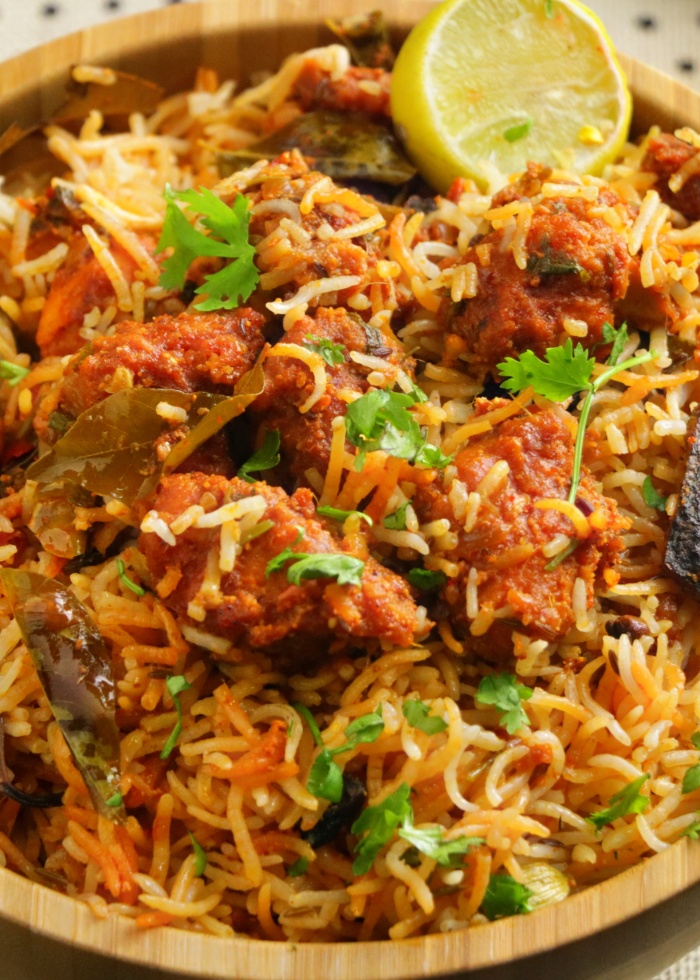 What is the difference between Hyderabadi Dum Biryani and this Boneless Chicken Dum Biryani?

This Biryani is also made as Dum like Hyderabadi Biryani, but it is much spicier and more pungent. Moreover, Chicken is fried before the Dum. In Hyderabadi Dum Biryani, raw Chicken is marinated in spices and made into Dum, and the Chicken cooks there. In this recipe, we coat the Chicken with Spices and use that Fry for the Dum process.

• Before cooking, wash the Chicken and soak it in a litre of water with 1 tbsp of salt. Then the Chicken stays soft, or it becomes rubbery.

• Many people ask me if they should use Corn Flour or Maida for coating. I suggest that either can be used or even Rice Flour if you do not have them. But Rice Flour coating is dry, and Chicken becomes crispy. If you do not like Maida, you could use Rice Flour.

• Chicken pieces should be of medium size, or they become too small after frying.

Which rice is good for Biryani?

• This is a very common question. But I always say that more than the brand, the age of the rice is more important. Always use rice older than a year for a perfect Biryani.

How do we ensure that the Biryani rice is fluffy?

• Basmati Rice should always be added when the water is boiling. Then the grains won’t turn too soft.

• For Dum Biryani, the rice should cook only 60 per cent. How do we know if it is 60 per cent? Just take out a grain while the rice is cooking and you will know. The grain should have cooked but still, have a little bit of brittleness.

More salt should be added:

• For Biryani, you should add more salt in the boiling water. How much more? As much as to make it taste like seawater. Then the salt seeps into the rice. If it is less in the beginning, then you cannot add it later.

How long should the Dum be?

• For the measurements, I have taken 8 minutes on high flame and 5 minutes on low flame should be sufficient. Then switch off the stove and leave it for 20 minutes.

• But if you are making Biryani Double, then Dum it for another 7 minutes.

• Biryani Dum can be on a banana leaf or a leaf plate, sealed with Maida paste.

• I have used more spices in this Biryani. You could use it to your taste. 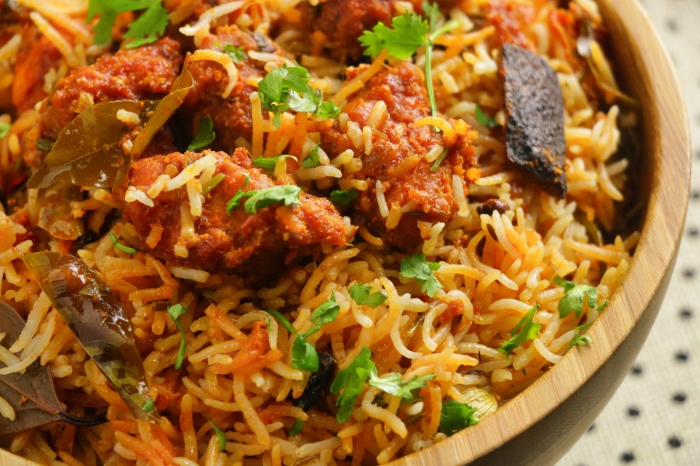 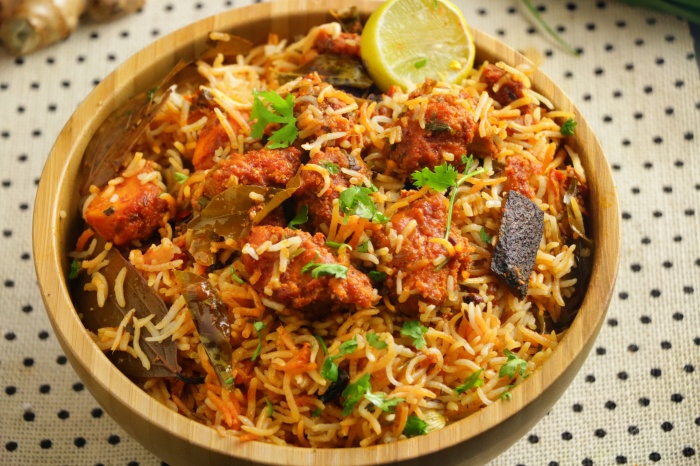 Egg manchuria | How to make Egg Manchurian recipe at home