Rava Adai Recipe | Rava Kara Adai Dosa Recipe |Rava Uttapam |Rava Oothappam|Uttappam| How to make Rava Adai - Tamil Nadu has many kinds of Adai. Each one is unique. All of them are tasty and healthy. There is a small difference between an Adai and a Dosa. And the difference is both in taste and the texture. The ingredients that go into an Adai keep changing along with the kind we are making.

Jaggery is used to accompany Adais mostly. And then there are the regular Chutney and Sambar served. In Tamil Nadu, you see many Adai Centers that operate in the evenings.

Adai is a quick dish. It is crisp on the outside and soft on the inside. And even the batter is ready in a just 30 minutes. 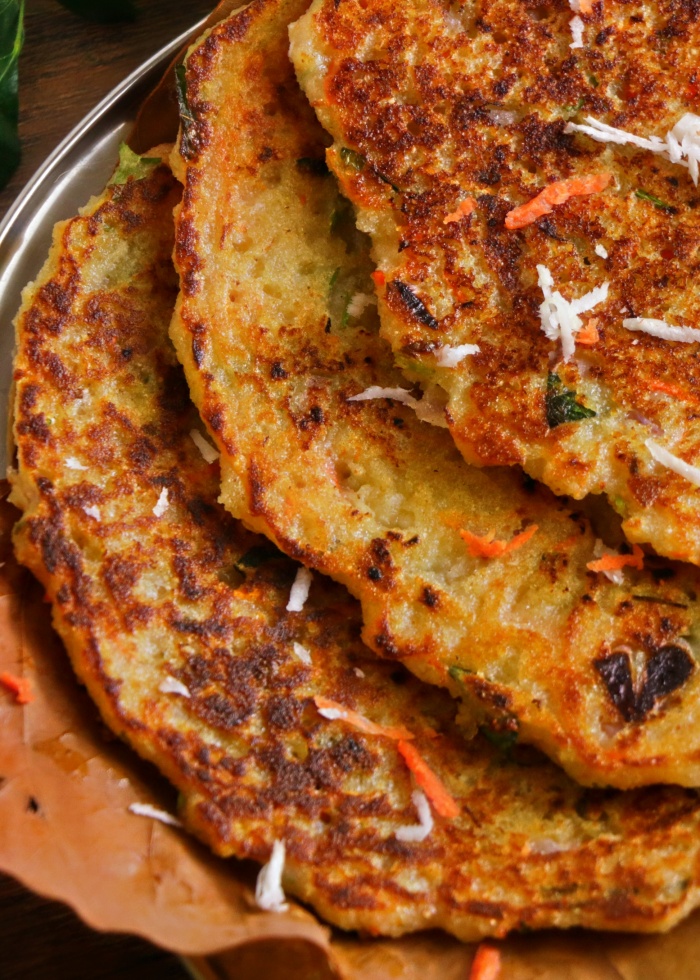 • Adai batter should not be kept too long. If it ferments for too long, Adai loose the crunch.

Can we store Adai batter in a fridge and use it later?

• Yes, It can be stored in the fridge and used on the second day. But, the Adais are crisp if the batter fermented for 30mins is kept a little thick.

Adais should not be spread on the pan like Dosas:

• Adais have to be a little thick. They should not be spread thin like Dosas.

• If the pan is rubbed with a slice of Onion before spreading the batter, then the Adai won’t stick to the pan.

• Adai are roasted better on cast iron pans than on non-stick pans.

• Adai batter cannot be spread to thin sheets with a ladle like Dosa batter. So, gently tap and spread it thick and even. 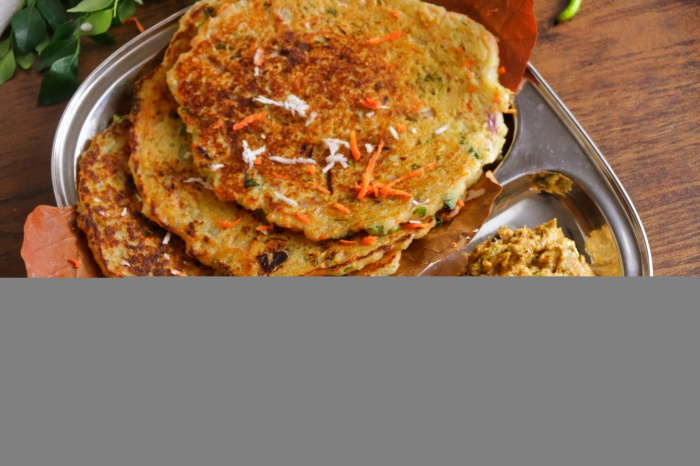 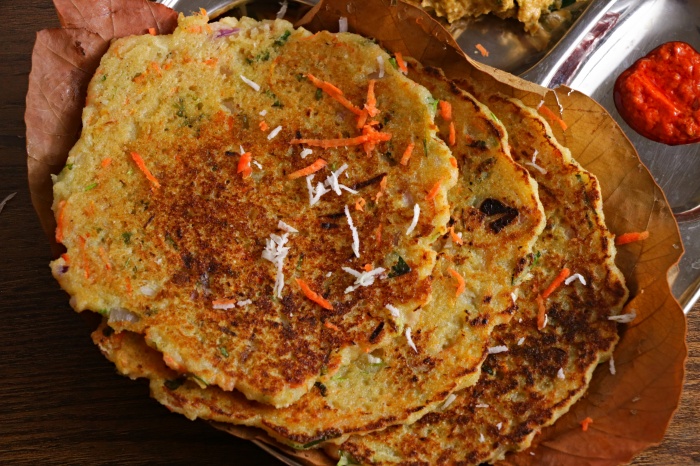