Pav Bhaji | How to make Mumbai Street Style Pav Bhaji - “Pav Bhaji” is an Indian Fast Food dish born in Mumbai. There is an interesting story to its origin. Around 1850, in the Mumbai textile factories, the workers needed a quick-to-eat but wholesome food, given the time and work constraints in the industrial belt.

Thus was born this hot and wholesome recipe in a small hut. And it became the most preferred snack for the workers. And then it was elevated to being a Special dish for the Mill Owners and then a delicacy in their weddings. The Pav Bhaji of humble beginnings continued its journey into Five-Star Hotels. But the, whatever the elaborate frills that surround the serving of the Pav Bhaji in a big hotel, it is still the Pav Bhaji sold by the roadside that people crave and relish.

Though Pav Bhaji was born in Mumbai, it has fans across the land and they have modified the spices to suit their own palate and cuisine. Whatever the modifications, it is a killer dish. But I am giving you the original Pav Bhaji recipe.

It is an easy-to-make recipe and follow some tips and you will get a perfect recipe. The day we are bored with the regular Rice-and-Rotis dinner, we make Pav Bhaji and make it a supper dish. It fills not just our tummies but also our hearts. Just follow this recipe to the tee and you will experience the same satisfaction I feel when I make it. 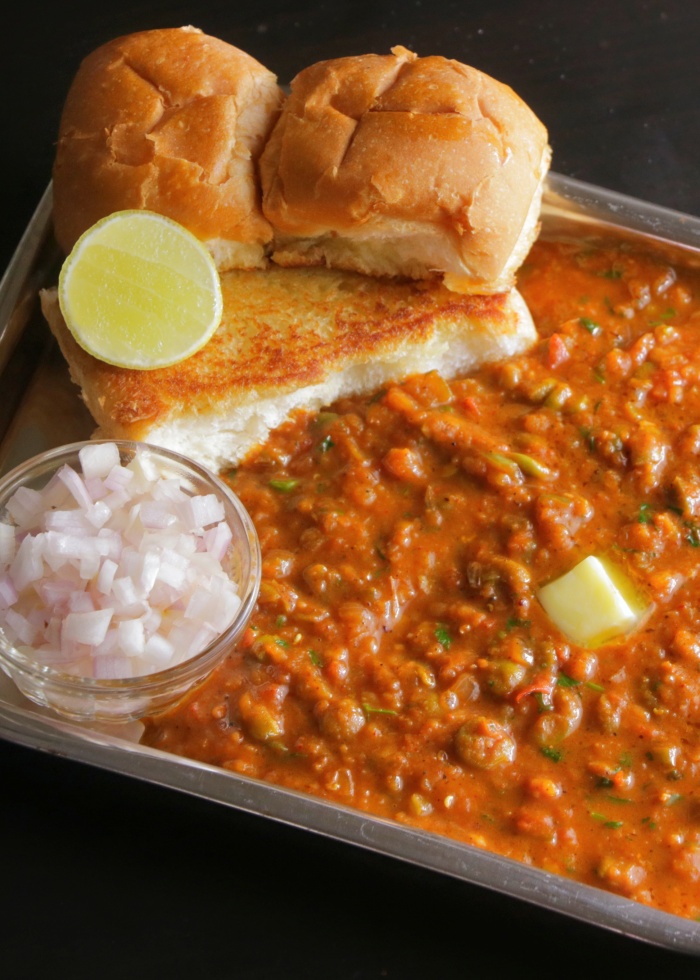 • The more butter you use for this recipe, the tastier it is. There are some things where you need to just indulge yourself, don’t you? So, do not scrimp on butter. Treat yourself.

• I have used Frozen Peas and they cook very fast. If you are using Fresh Peas then soak them in hot water for 30 mins and then cook.

• If you find the Bhaji too thick, you could add some hot water and cook again.

• Before toasting the Pav, melt some Butter, add a spoon of Pav Bhaji Masala, a pinch of Kasuri Methi, ¼ spoon Chopped Green Coriander and then toast the Pav on both sides. You could do that but I have simply toasted the Pav in Butter. 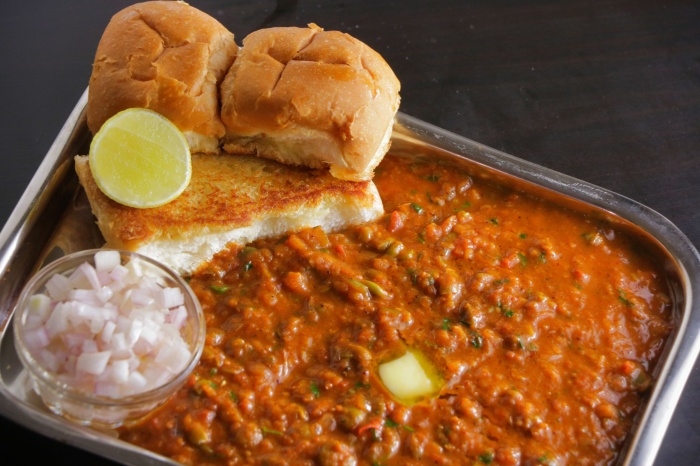