Another simple recipe for Biryani lovers, Egg Dum Biryani is a simple Hyderabadi recipe. Here is a detailed recipe with images and a video.

Restaurants, usually, do not have anything special called Egg Dum Biryani. They just put a boiled Egg in a plate of plain Biryani and serve. But I am making the best Egg Dum Biryani with spices. It is also very easy to make Dum for this Biryani.

All the recipes I had suggested earlier with Chicken, Mutton, Fish, Potato and Double Masala were super hits. And so will this be. 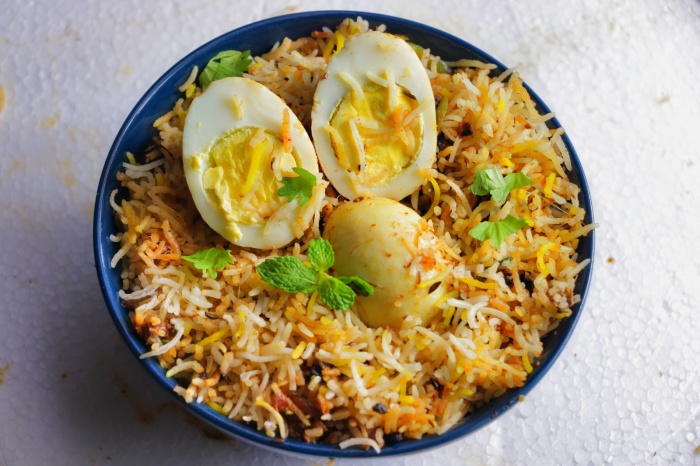 Basmati Rice should be older than one year or of a good brand. It is a must to wash the Rice and soak it for an hour.

Rice cooked to 90 percent still has a little bit of hard grain remaining. You can test it by biting on a cooked grain.

It is the same method for this Biryani even if it is Sona Masuri Rice. The rice should be soaked for an hour and a half and cooked to 90 percent.

If you like you can use double Masalas as you would use for Chicken Biryani and balance the spice with Curd and fresh Cream.

Salt should be added adequately while cooking the Rice. Only then will the Rice absorb the Salt well. The Water in which Rice is being cooked should be as salty as seawater. That is the right measure.

If you like, you can make cuts in the Eggs and coat them with Masalas. I have used plain boiled Eggs. 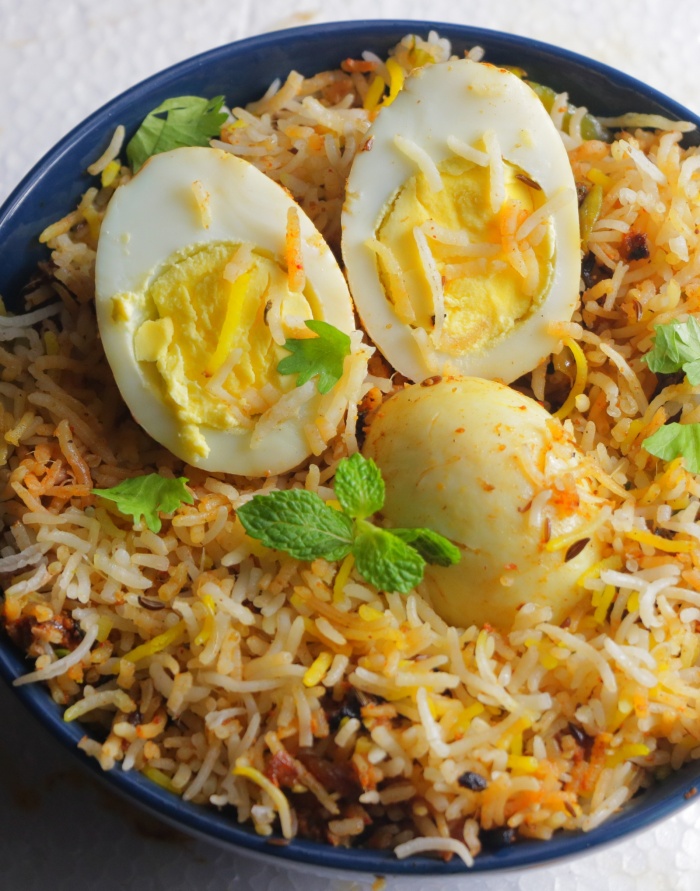 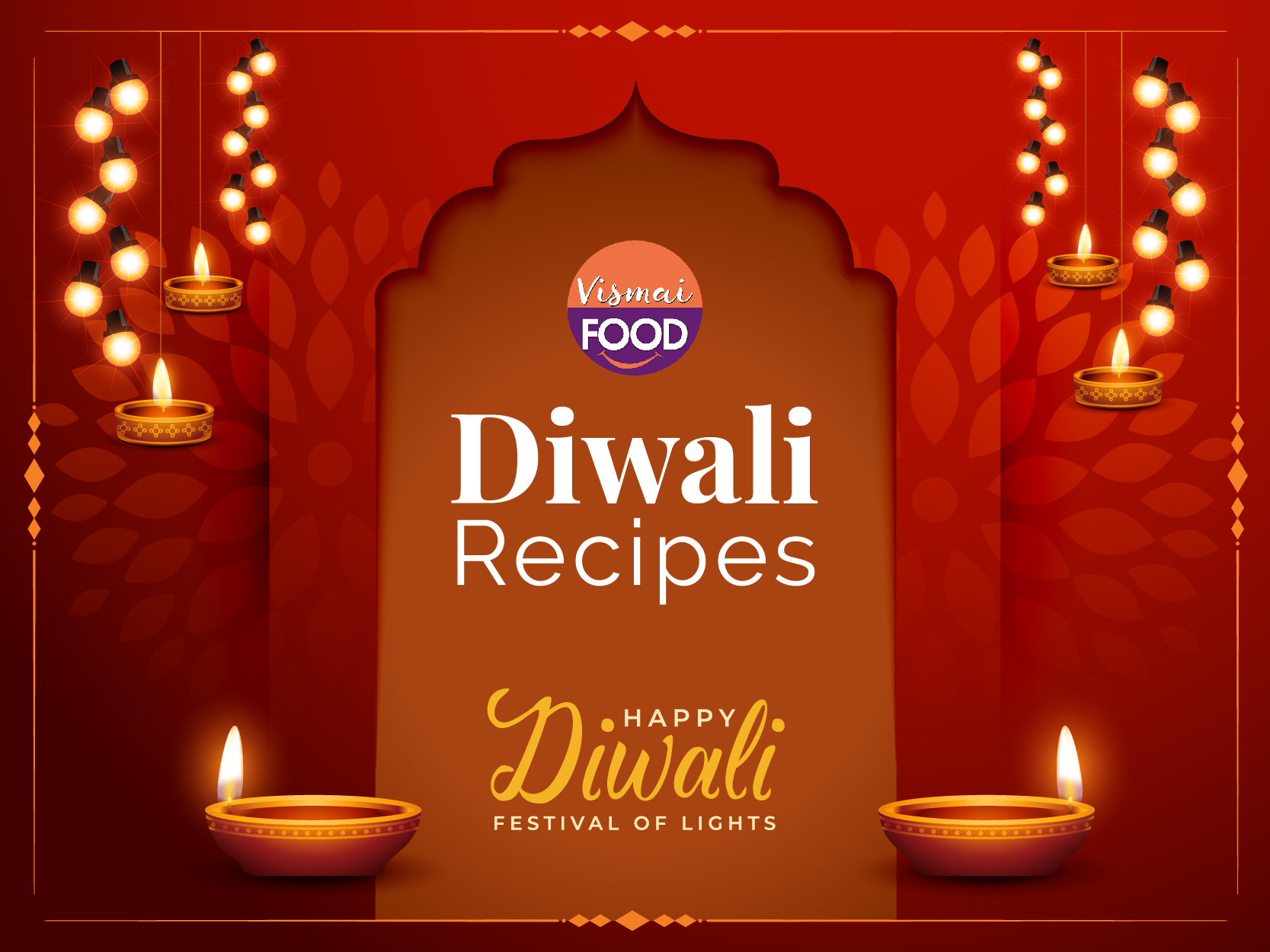