Biryani lovers light up the moment they hear the mention of the word Biryani. There are so many kinds of Biryani and so are of Pot Biryani. Punjab, Bihar, Uttar Pradesh, Lucknow and the Telugu States have various recipes. Pot Biryani is famous all through the country and there are so many variations in the way it is made.

My style Pot Biryani is aromatic with the Rice fluffy though well cooked. It has a good balance of Salt and spices and is easy on the stomach. So I insist that you find that tasty balance. 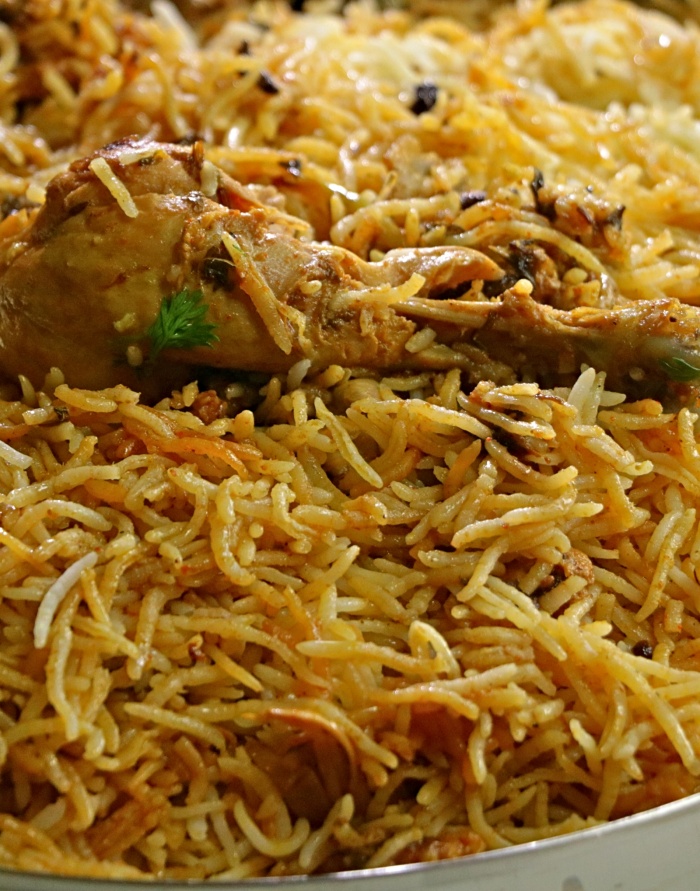 There has to be more Salt when you cook Biryani Rice. An indication is that the boiling Water should be as salty as Sea Water, Only then will the Rice catch the Salt. If you do not check the Salt at the very beginning, you would not be able to adjust the Salt once the Biryani is cooked. 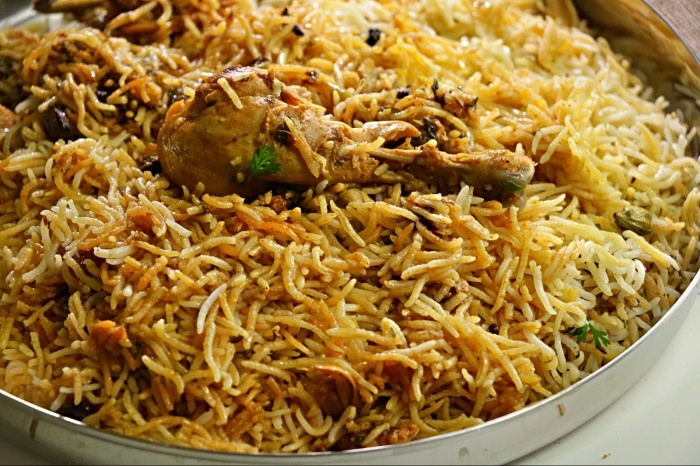 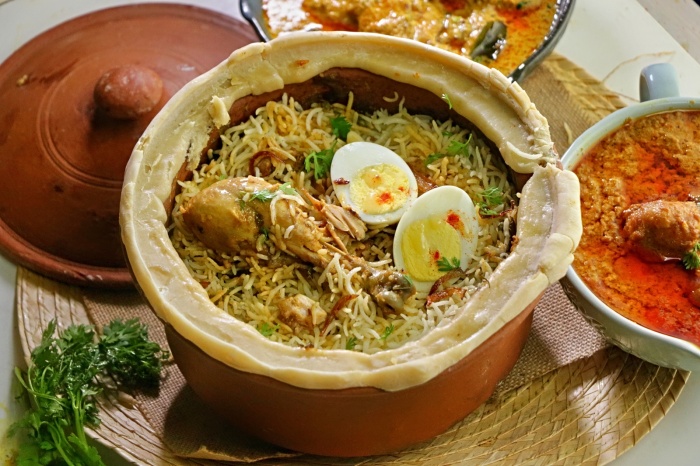