It is only Biryani that can completely transform a day. I do not know the origins of this White Chicken Biryani but I ate it for the first time in a Goa restaurant. When I enquired about it, the Goa chef said it was a local variety. But Google told me it is was also a Lucknow specialty and another Chef claimed it was a Mumbai special.

But wherever it was first made, I ate it in Goa so I will call it a Goa recipe. It is also called a Sofiyani Biryani and it is not spicy like others but has a fragrant, balanced taste. It just melts in your mouth.

It is similar to Chicken Biryani and needs Dum too. But the ingredients we use in the Chicken are different. It has less of Mirchi and more of Masalas and Ghee. Follow these tips for a tasty White Chicken Biryani! 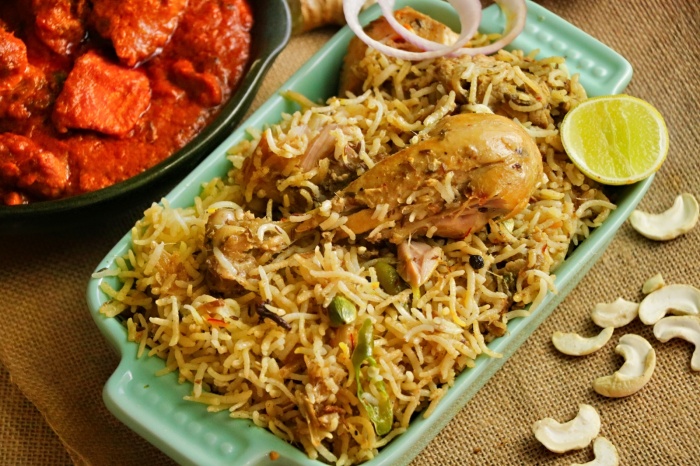 Ghee-Oil:This Biryani tastes good if you use Oil-Ghee in the proportion that I have suggested.

Mirchi: You should not use Red Mirchi powder for this Biryani. All the spice must come from the four Green Chillies and the Biryani must be aromatic with the Masalas.

Rose Water: I had dried Rose Petals so I used them. But you could use 1 tsp of Rose Water that is used for cosmetic purposes.

Saffron: If you have it, use it. It gives a nice aroma.

Dum : I have used tissues for the Dum. You could use a Banana leaf or a leaf plate so that the steam does not escape. Seal tightly and do Dum. Then the Biryani gets cooked as I have said. Fried Onions: I had fried Onion so I used it. But you can fry the Onion, and use the rest of the Oil in the Biryani. That adds great taste. 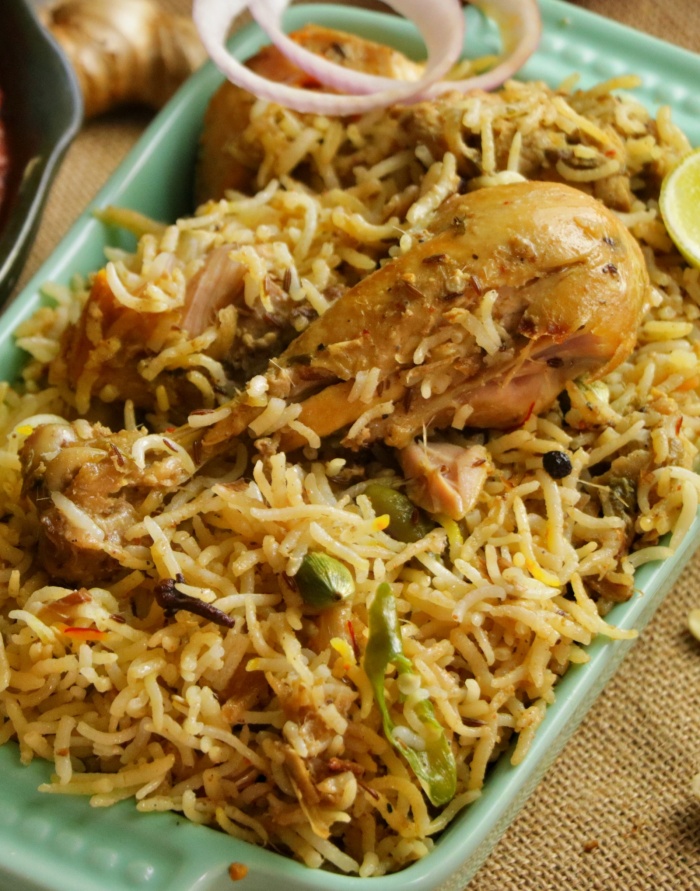