Katte Pongal | Ven Pongal | Pongal Recipe | How to Make Katte Pongali Recipe- Katte Pongal is a recipe that is as perfect for a holy offering as for the lunch box or breakfast. Here is a detailed recipe for Andhra Style Katte Pongal with images and a video.

Katte Pongal is the evergreen favourite of every South Indian. It was given out as Prasadam in Vaishnava temples in the earlier days. Later on, it turned into the perfect breakfast item.

Though Telugus make it a little less, it is extremely popular in Tamil Nadu. What I am making is the Andhra Style Pongal. There is a slight difference between the Andhra and Tamil Nadu versions. Tamils do not use Green Chillies and do not make it very thin inconsistency. In the Andhra recipe, Dosa Rice is used and it is eaten in a spicier version. And it does not become dry even hours after it is made and stays soft. 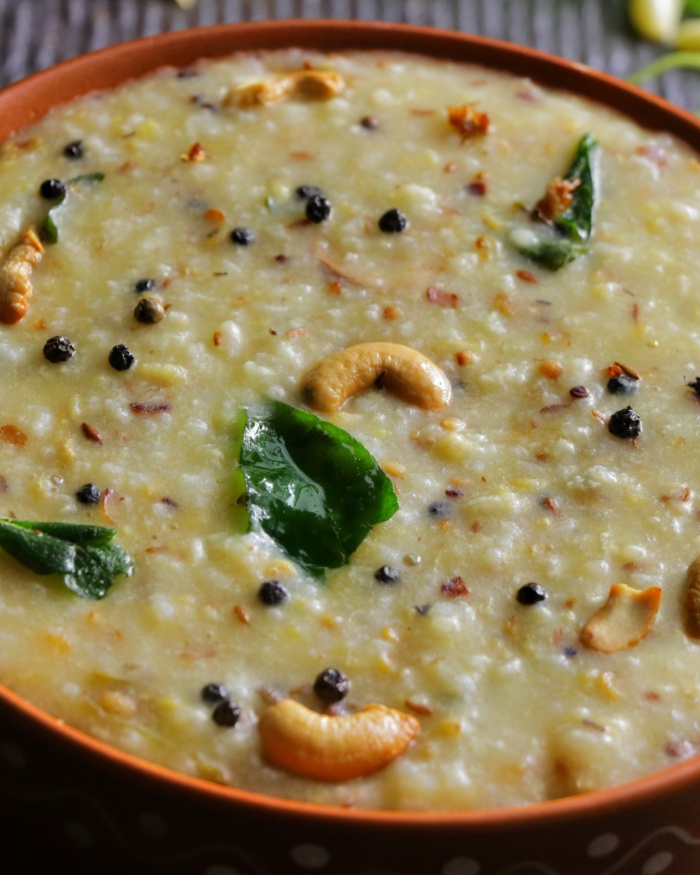 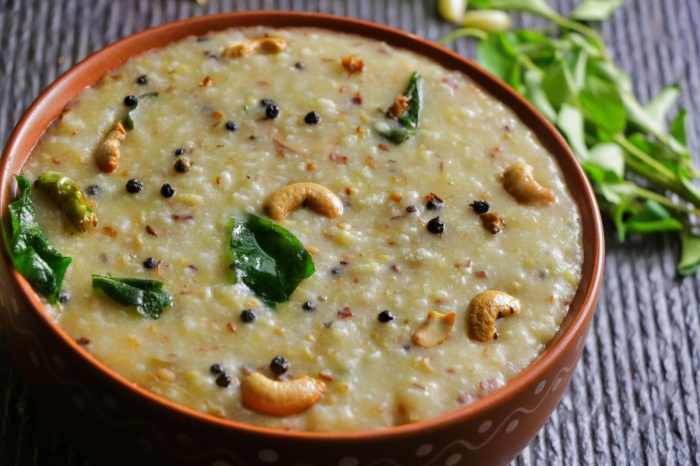