Sweet Coconut Rice | Bellam kobbarannam - This is a sweet, tasty recipe that can be used as holy Prasadam or can just be made as a sweet dish on normal days. This Jaggery Coconut Rice is a unique creation that really tastes unique. Usually, when we hear of Coconut, we remember aromatic Coconut Rice or Pulao. But the same Coconut when mixed with Jaggery Syrup and Rice tastes heavenly.

There is a small story behind the invention of this Jaggery Coconut Rice. I was once served Coconut Halwa in my meal and it got mixed up a little with the Rice I already had in my plate. I tasted them together, found the taste interesting and thus was born this recipe. 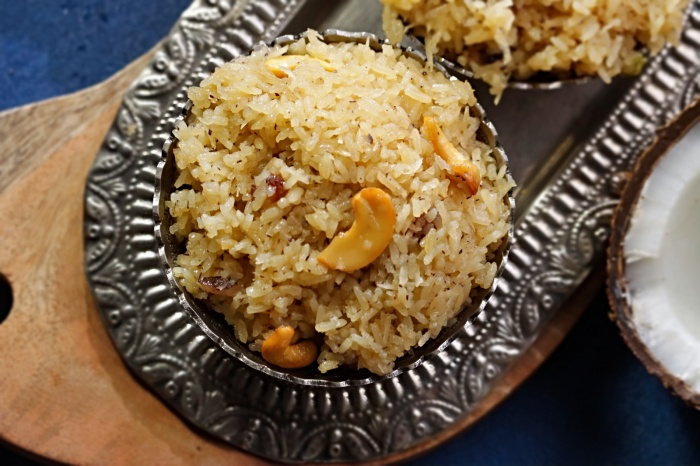 Cook the Raw Coconut after you add it to the syrup just long enough to make it sticky.

If you like, add edible Camphor at the very end. Rice tastes good if cooked with thin Coconut Milk or Milk. 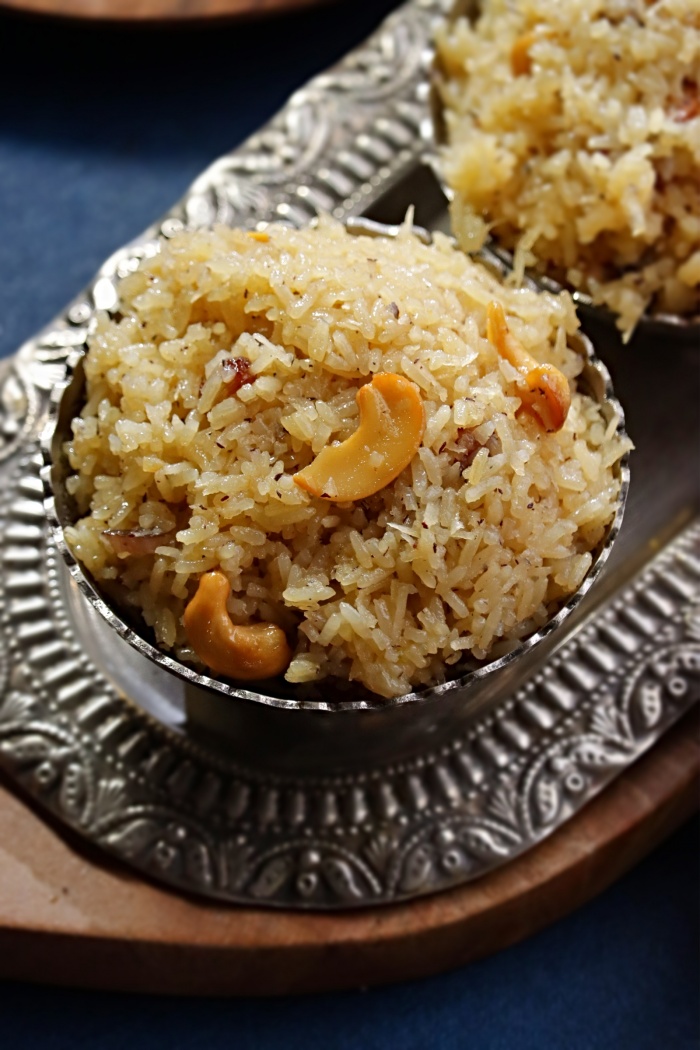