Eggless Tutti Frutti Cup Cakes | Eggless cupcakes | Best Eggless Cake- You never would have thought it was this easy to make Eggless Bakery-style Tutti Fruitti Cup Cakes. Here are details on how to make them in a Cooker too, And if you follow the step-by-step, detailed recipe, you will definitely get wonderful Cup Cakes.

Even Eggless Cup Cakes can be made as tasty as the ones with eggs. Children love it. And they can be made with minimum ingredients, almost with what we already have at home. These Cup Cakes look and taste exactly like those we get in bakeries. They are soft and juicy.

Note: (Here I have doubled the measures I mentioned in the Video.) Pineapple Essence gives a very nice flavor. But use just a little. In case, you don’t have Essence on hand, leave it.

Why doesn’t the Cake rise?

Can we use Wheat Flour instead of Maida/All Purpose Flour?

Yes. But you need to add 2 tbsp more milk.

What can be used instead of Vinegar & Oil? 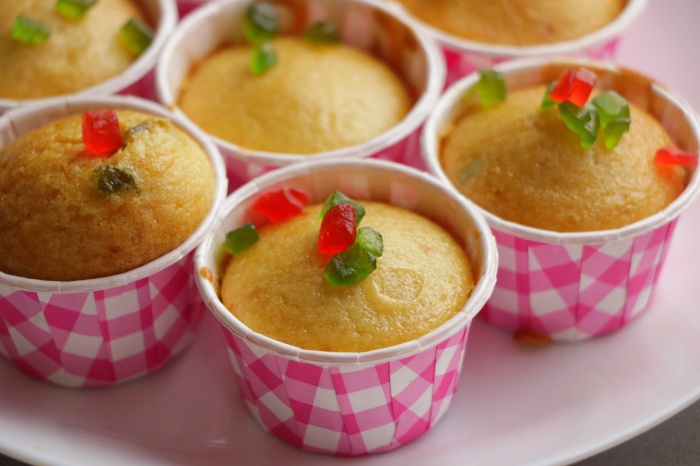